Looking Beyond Silver Coins – Silver’s Play in the Solar World 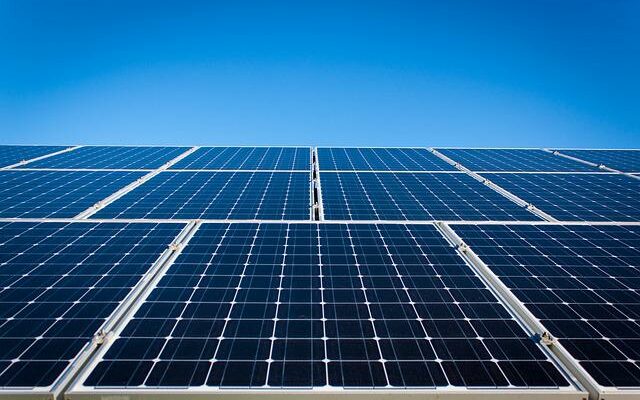 Collecting Silver Coins and Bullion as a Traditional Investment Opportunity

Silver coins have long been an easy,  traditional investment. Though silver lags behind other precious metals like gold or platinum in cost/ounce, it has proved itself for centuries in economies both good and bad. However, the future of silver coins and bullion looks brighter than ever.

And that’s because the demand for silver is on the up and for a number of unexpected reasons, chief among them the sudden shift to green technologies. Silver had a solid year in 2021, even outperforming gold, and according to Ole Hanson, head of Commodity Strategy at Saxo Bank, “…part of that (rise) is definitely coming from industrial metals which have really been on a tear.” And much of that tear has to do with the booming solar panel industry. Opportunity is clearly at the door.

It’s no secret that pure silver is the best conductor of electricity. It’s used in a variety of consumer landscapes such as smartphones, photography and computer electronics. But now the value of silver will be riding the coattails of solar power. In fact, the coming decade looks huge for the precious metal.

And that’s because solar technology is on the rise thanks to the pressing popularity of alternative energy sources and photovoltaic (PV) power is leading that charge. According to a recent article by the BBC PV has experienced remarkable growth in the past two years alone, and solar is now responsible for generating more than 10 percent of the world’s power for the first time ever. And in the coming years, the tech will become even stronger, more reliable and more affordable. Combine that with standing government and state tax incentives, the potential for silver’s future and its rising value is all but locked into place.

Now is the time to take a good, hard look at silver. According to an article by PSGlobal silver has a crucial role to play in the years to come. However, because this technology is accelerating the way that it is, silver’s popularity in these industries might wane before too long.

As of now, silver is used to carry electrical currents that are generated by sunlight for immediate consumption or to battery storage for overnight/later use. No other precious metal is as good as silver when it comes to transferring current so, yes, it will be in demand. For now.

However, the growing field of photovoltaics, like any tech before us, is also quickly adjusting, changing year by year and it seems as though a new system of transference is in the works. Keep an eye out for something called Photovoltaic Paint. Researchers in the field are already experimenting with this bold new innovation.

Photovoltaic paint is exactly what it sounds like, paint. It is basically a liquefied form of the current tech (panels) and when applied to cars, homes and commercial buildings it will supply a generous amount of energy at no cost to the consumer, except, of course, for its initial application. When this photovoltaic tech emerges and becomes available to the consumer, the need for silver in this industry is expected to diminish.

Of course, silver will always find its way. As mentioned at the start, silver has long stood the test of time as a proper and profitable investment. But, for the coming decade it looks like silver’s time has finally arrived thanks to the emerging photovoltaic industry. The immediate years ahead suggest that it is an excellent time to look at adding (or adding more) silver and/or silver coins to your investment portfolio.