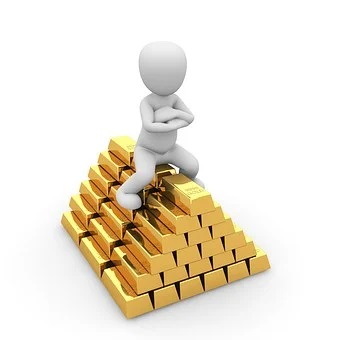 Gold confiscation has been a pervasive myth in the bullion industry for several decades. Since the early 1940s, gold bullion dealers, gold hoarders, and even average collectors have become obsessed with the concept of a mass bullion confiscation run. Sometimes, it’s the government that has set out to take gold away from hard-working Americans. Other times, it’s a mysterious underground cabal running the world from the shadows. Regardless of whose name is identified as the threat, the narrative is almost always the same. Buy gold, as much as possible, and hold on tight because someone is coming after it.

Like most popular conspiracies, the gold confiscation myth is ultimately based in at least a grain of historical truth. During a time of extreme economic need at the end of the Great Depression, the government did ask gold collectors to hand over all but around five troy ounces of gold bullion coins. The passage of this law, Executive Order 6102, led to a great deal of controversy among bullion collectors. And the lasting effects of this unique moment in American history still reverberate in the bullion industry we know today.

Learn everything you need to know about the gold confiscation myth, its accuracy and how it impacts your gold collection in today’s blog post.

Has the Government Ever Confiscated Gold?

The short answer: yes. The government has confiscated gold in the past. Executive Order 6102 was signed into law by Franklin D. Roosevelt on April 5, 1933. He used his executive power to limit private gold ownership in order to bolster the economic position of the federal government. The Federal Reserve was cautious of printing more money during the Great Depression; printing more money likely would have worsened the already desperate American economic circumstances that characterized the time period.

Still, the government needed to do something. According to a 1913 law called the Federal Reserve Act, the government was required to back 40% of its total monetary supply with gold bullion. So if the government wanted to make more money available to Americans without printing new bills, it needed to back its existing cash with more gold than it had in stock. Confiscating the gold of private citizens and companies was an easy way for the federal government to do this. In other words, Executive Order 6102 felt like an easy way out of a difficult financial crisis.

To justify the unpopular move to confiscate private gold stockpiles, Roosevelt claimed that some citizens were ‘hoarding’ large supplies of gold. As the United States was still riding the nationalist high of the Second World War, it was easy for Roosevelt to market gold forfeiture as the ‘true American’ thing to do. After all, the United States was still on the gold standard. If the average Joe is hoarding a big supply of gold bars, that’s less gold the government can use to back its notes.

It’s worth noting that the government was not asking citizens to give away their gold bullion for free. The Federal Reserve paid each citizen who forfeited gold $20.67 per troy ounce. This is the equivalent of around $413 per troy ounce in today’s money. While a fair historical analysis should acknowledge that the government paid for its confiscated gold, they weren’t exactly paying market price. The price of gold per troy ounce at the time was around $26, which is a difference of nearly $130 in today’s money.

In order to give the law some teeth, there were several high-profile prosecutions relating to people who refused to sell their gold to the government. The government enjoyed a relatively high success rate with these prosecutions; most cases ended in successful confiscation of the gold in question. The Executive Order was not repealed until 1974, when Gerald Ford once again made it legal for private citizens to own all types of gold bullion.

Despite the fact that Gerald Ford officially repealed the Executive Order over four decades ago, people still frequently claim that gold confiscation is not only possible, but likely. Some bullion distributors argue that the government is going to come and take your gold any day now. Generally, these claims fall under the category of high pressure sales tactics. High pressure sales tactics are deliberate tactics used to make people feel anxious or fearful.

Modern gold confiscation myths generally surround one notable exception to the government’s 1933 gold seizure. While most forms of gold were subject to confiscation, citizens were allowed to keep gold coins that had “recognized value to collectors of rare and unusual coins.” In other words, old and rare gold coins were acceptable to keep in private collections. Modern gold confiscation myths involve efforts to convince consumers that the government might pass a similar law now.

And if the government passes the same Executive Order again in 2022, what type of gold should you collect? According to proponents of the modern gold confiscation myth, buying older coins instead of gold bullion protects consumers from the risk of having their gold stolen or bought-back by the federal government. Of course, this is absolutely a myth – and it’s part of a larger scheme to maximize profits for gold distributors.

We’ve covered the spot price of gold bullion before. To recap, spot price is the average price you should expect to pay for one troy ounce of pure gold. This is the market value of the commodity. Your goal as a gold bullion trader is to secure a deal as close to the spot price of gold as possible. The amount of money you pay over spot is called a premium. Premium prices for pure gold bullion items – such as gold bars or U.S. Mint gold bullion pieces – are often low. Other products are more expensive, so companies selling bullion have a motive to sell as much of these more profitable items as they can.

One gold bullion item with a significant average premium over spot is the old collectable coin. Older American gold coins often have some of the highest premiums over spot. This is partly due to their collectability and this higher price makes them extremely profitable for gold bullion dealers. Like we mentioned above, a core component of the modern gold confiscation myth is that the government confiscated bullion coins – but not rare collectable coins.

Some bullion dealers therefore use the gold confiscation myth as a high pressure sales tactic to get you to buy expensive antique coins. If you believe that the government might be coming for bullion coins, you’ll stay away from the highly pure contemporary gold coins being produced by the U.S. Mint. Rare collectable coins are the safest bet to hedge against the threat of government confiscation, so they appeal to people who buy into the gold confiscation myth.

High pressure sales tactics and conspiracies fit together closely. Some people have made millions of dollars selling purified water and other items to doomsday preppers who fear the end of the world. The gold industry is no different. People who are distrustful of the government are far more likely to be comfortable buying expensive antique gold coins, which provides a hearty profit to gold distributors who feed into their distrust of the government.

Should Collectors Worry About Gold Confiscation?

Put most simply: collectors should not worry about another large-scale gold confiscation process. We can say with almost complete certainty that the government is not going to come into your house and steal your gold. A sort of buyback program is not impossible, but it is highly unlikely. Our confidence stems from America’s revised relationship with silver, gold, and other precious metals.

Part of the reason why the government needed to confiscate gold in 1933 was that the country was still on the ‘Gold Standard.’ The Gold Standard is a federal policy stating that at least some percentage of printed money must be backed up by physical gold. If the government is storing $4 trillion in dollar bills, for example, then they should be able to back that money up with the physical asset of gold. In 1933, the standard was that 40% of printed cash in the Federal Reserve needed to be backed by gold.

The important fact to remember is that the U.S. is no longer using the Gold Standard. In other words, the Federal Reserve is no longer required to back up their currency with gold bullion. This means that the major justification for the gold confiscation of 1933 no longer applies. The government doesn’t need to back up their currency with gold, so why would they need your bullion products?

It isn’t completely impossible to imagine that the government might want to seize some large stockpiles of gold. But circumstances would need to be completely dire in order to justify this kind of seizure, especially considering how the country’s relationship to bullion has changed since the Great Depression. Consider the fact that the last gold confiscation happened during the single worst economic period in American history. Even considering the negative impacts of the COVID-19 pandemic on American economics, we have not even begun to approach a set of circumstances dire enough to justify a large-scale gold confiscation.

And even if things were really that bad, the lack of a Gold Standard makes it unlikely that a gold confiscation would even be necessary or effective.

Try to avoid falling victim to the high pressure sales tactics used by unscrupulous bullion dealers or conspiracy theories centered on buying rare gold coins to protect against gold confiscation. The government is not coming after your gold anytime soon. And even if the Federal Reserve did need some of your gold bullion, it’s unlikely that gold coins are any safer to hold than any other type of gold bullion.

Gold and conspiracy theories have always been intertwined. Since the 1930s, fears that the government might confiscate gold bullion have motivated millions of people to invest in precious metals. At its core, gold collecting seems very appealing to conspiracy theorists. If you are convinced that the world is going to end soon, holding the physical asset of gold is probably quite a bit safer than holding fiat cash alone. It’s easy to see why so many gold collectors are prone to conspiratorial thinking.

But the last time that gold was confiscated by the government was in 1933, and this law was repealed over 40 years ago. Additionally, modern gold confiscation myths are almost invariably high pressure sales tactics meant to convince you to buy old gold coins at an extreme markup. America doesn’t need gold bullion to back its currency like the Federal Reserve was once required to do.

Our advice? Buy the gold bullion that fits with your investment goals. If you’re interested in collectable coins with an impressive history, then buy those. If you want to amass as much gold while paying the smallest possible premium, purchase some gold bars. But if you’re afraid that making the wrong call puts you at risk of future government confiscation, don’t stress. The gold confiscation theory is a popular myth used to sell expensive coins to novice collectors; don’t fall victim to the high pressure sales tactic.