Could the High American Silver Eagle Premiums Actually be a Buy Signal for ASEs? 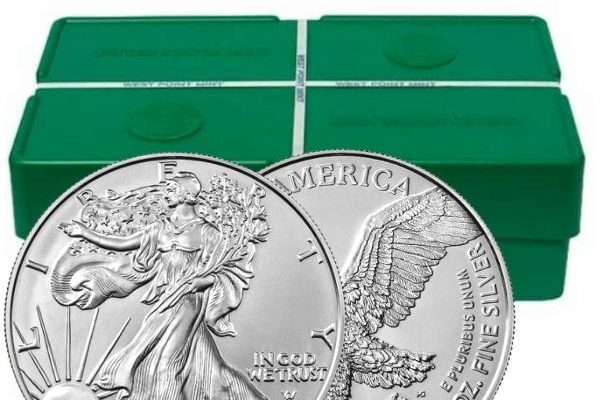 Premiums are a frequent topic of discussion on our blog, and with good reason. For new investors, the prospect of paying a premium on any piece of gold or silver can be a major problem. Who would want to add money onto the cost of their original investment? We go to great lengths to ensure that investors who purchase gold, silver or platinum bullion from Hero Bullion understand the reason why we charge the premiums over spot that are added to our bullion products.

While we recommend that new investors take a look at our other blog posts in order to develop a better understanding of how premiums work, this guide is focused on examining the origins and investment impacts of premium costs on one specific bullion product. The American Silver Eagle has always come with some of the highest silver premiums in the industry. A basic understanding of the coin’s history, as well as the current global economic conditions, should explain why this is the case.

But what should investors make of these higher premium prices? As the price over spot for an American Silver Eagle continues to soar, it might be difficult for some collectors to justify the increased cost of buying into this popular investment vehicle. However, some experts argue that the opposite might be true. Could the high Silver Eagle premiums actually be a buy signal for the popular silver coin?

What is the American Silver Eagle Coin?

This coin has long been one of the most coveted coins by investors. With a purity of .999, it boasts a high purity. The obverse of the ASE features Walking Liberty, a design created by artist Adolph A. Weinman in 1916. This side of the coin has remained static since 1986 and has never been altered. On this side of the coin, the classic feminine depiction of the United States strides forward toward a setting sun. Her gown flows in the wind and she carries in her left arm a set of olive branches.

Lady Liberty has been a symbol for American freedom and peace for hundreds of years. The original Lady Liberty statue was gifted to the United States by France to celebrate both the country’s independence and its key ideals of liberty and freedom. Lady Liberty is commemorated on this coin with the Walking Liberty design created by Adolph A. Weinman. Especially considering the high silver purity of this U.S. coin, the intricate details of Walking Liberty stand out against the brilliant reflective background.

Unlike the obverse, the reverse side of the coin has undergone changes throughout the minting run of the ASE. Until 2021, the coin featured the heraldic eagle of the United States, the same symbol featured on the Presidential seal. The eagle carries a bundle of arrows in one talon and an olive branch in the other. Above its head, onlookers will note thirteen stars meant to represent the thirteen original American colonies.

Emily Damstra created a brand new reverse design in 2021. From this year on, the coin will feature a bald eagle flying through the air. The eagle holds a single olive branch, and its feathers are rendered in exquisite detail.

American Silver Eagles’ premiums are high for one main reason: demand. In fact, this is generally the main reason why any gold, silver or platinum product would come with high premiums. In periods of high demand, premiums for a given silver product are likely to increase. But why are ASE premiums higher than premiums for other silver coins and rounds?

The reason for this depends primarily on the number of distributors available for a given coin. Many silver rounds are distributed by private companies, of which there are many. With several distributors of silver rounds, it is possible for companies to release larger quantities of rounds in times of high demands. With multiple companies on the market, it’s also always possible to cut down on premiums in order to remain competitive.

But the ASE is unique because the coin is only produced by the U.S. Mint. If a consumer wants to buy an American Silver Eagle, they don’t have the opportunity to turn to another competitor in order to secure a lower premium price. Simply put, the United States Mint is the only source for anyone looking to secure an American Silver Eagle. To make matters more difficult, the U.S. Mint is unable to increase minting numbers at will. The mint needs to go through proper channels in order to increase the number of coins that it manufactures during a given year.

Historically, this has been a problem faced by the U.S. Mint. During the financial crisis of 2008, the U.S. Mint actually ‘rationed’ the number of coins that distributors could purchase for resale, prompting outrage from some actors within the bullion sector. Similar situations have occurred since 2008, too. When the mint is faced with financial uncertainty, they often refrain from simply minting more coins for distribution. This means that high demand almost invariably leads to increased premiums, which help to avoid the necessity of rationing.

ASE demand is currently very high. Demand for silver in general has increased since the onset of the COVID-19 pandemic, as well as the invasion of Ukraine, the increasing of the American national debt and a number of additional factors. Consumers tend to look for ways to offset inflation and uncertainty during times of economic turmoil. As the country – and the world – faces some of its most significant economic challenges of the decade, interest in bullion investment continues to climb.

To make a long story short, premiums for American Silver Eagles are currently high both because demand is high and because the U.S. Mint is unable to increase mint numbers in the same way that some private mints are capable of doing.

High premiums on American Silver Eagle coins might actually be a buy signal. We’ve extensively covered the benefits and downsides of buying government-backed silver coins in our other blog posts. In these articles, we argue that a high premium suggests a high level of demand for a given coin. Some coins come with lower premiums than the American Silver Eagle, but these coins come with a lower level of demand – both from initial and from secondary buyers.

Paying a higher premium for an American Silver Eagle is a risky gamble, especially for investors who are looking to bet on the price of silver. People who believe that the primary investment vehicle of a coin is its silver content are generally best served by investing in high purity silver rounds or bars. By cutting down on premium costs, these investors are able to enjoy a higher rate of appreciation for their investment as the spot-price of silver increases over time.

Still, we know that the U.S. Mint often restricts the distribution and minting of American Silver Eagles during periods of economic turmoil and increased demand. This means that high premiums, which suggest increased demand, might actually hint at a potential increase to the future value of the coins.

Will Demand for ASEs Increase?

This is hard to say. Public demand for American Silver Eagles might increase over time, but demand might also remain static. Investors who believe that high premiums for American Silver Eagles are a buy signal for ASEs generally argue that the extreme premiums suggest an increased public interest in the coins. As the mint supply of ASEs falls and sales soar, ASE coins from a given year might eventually become far rarer and coveted than they are now.

This bet seems to hinge primarily on the global economic scene. ASE premiums are usually highest during periods where economic uncertainty is the prevailing sentiment. This is why the American Silver Eagles reached peak demand during the traumatic financial crisis of 2008. Some investors speculate that 2022 might be the beginning of a new global financial collapse. The housing crisis in the United States, high unemployment rates globally and various additional factors seem to suggest that the global economy is in dire straits.

If this is the case, then demand for ASEs may continue to increase over time. Many investors believe that the ASE, as a government-backed coin with unmatched popularity among consumers, is one of the best silver investment vehicles capable of weathering a period of economic uncertainty and turmoil. It’s hard for us to conclude for sure whether or not the American Silver Eagle will experience heightened demand in the next few years, but some evidence suggests that it might.

Several factors influence demand for the American Silver Eagle. We should start with the most obvious. Since the American Silver Eagle was released in 2021 with a brand new reverse design, it’s likely that much of its heightened demand comes from excitement over the unique new depiction. But even a new design can’t explain the entirety of the new demand for the ASE that has led to soaring interest rates.

Economic conditions facing the global economy also seem to be driving increased demand for the American Silver Eagle. Following the COVID-19 pandemic, many investors flocked to gold and silver in order to supplement their failing retirement portfolios and bolster their existing investment strategies. After all, silver seems to prevail in a way that traditional stocks might not. The security associated with investing in precious metals is something that we have covered extensively in other blog posts, and this sentiment often drives new investors to the bullion market.

Additional environmental factors might also be increasing demand for the American Silver Eagle. The invasion of Ukraine by Russia is one notable political event that may have led more and more people to turn toward gold and silver for their investment needs. Economic uncertainty resulting from increased costs of living have also driven some consumers to bullion products.

Final Thoughts: Should You Invest in American Silver Eagles Despite High Premiums?

You should always research carefully before making any investment decision. Additionally, we recommend that consumers work to tailor their investment strategies to their own needs and goals. When you build a bullion investment portfolio, you should decide what your goal is when investing. If you want to invest in gold and silver bullion without worrying about high premium costs, you might consider staying away from the costly American Silver Eagle. Some investors feel differently. If you are someone who anticipates that the ASE will rise in demand – and thus price – over the next few years, then it might be worthwhile to consider paying the higher ASE premiums.