The Benefits of Traditional Coin and Bullion Investing Versus Crypto 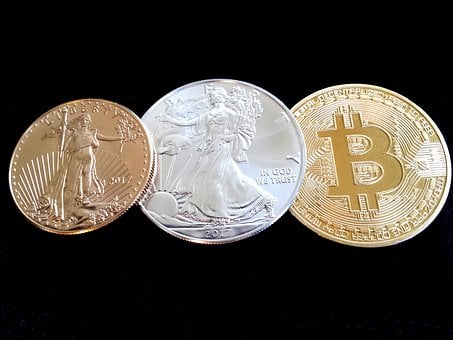 The Flurry and Fury of Cryptocurrency Coins

The world of silver and gold coin and/or bullion investing has reached a curious point in history. It’s no longer just about the value of gold or silver (or other precious metals including platinum, palladium and even rhodium) as it plays in the marketplace. Now there’s a new player in the game for those wanting to store value outside of coins and bullion prompting this look at the benefits of traditional coin investing versus cryptocurrency.

Crypto Coins as an Alternative to Traditional Coin and Bullion Investing?

Most anyone who keeps even a conservative eye on investment markets is aware of cryptocurrency and the daily, if not hourly headlines in its wake. New experts have surfaced, freely advising on which of the 16000+ crypto coins available will be the next breakout investment. Clearly, by the suggestion of this volume alone, we are dealing with more than the simpler choice of silver, gold or platinum. But what can be believed?

There are sporadic reports of investors dropping some quick bit of money into crypto and coming out the other end with millions of dollars. A recent article reported one crypto coin (Shiba Inu) skyrocketing into the stratosphere with an inexplicable 45 million percent increase in value over the span of ten simple months. Hello retirement!

The Downside of Crypto: Volatility and Government Regulations

However, there are some obvious downsides as well. In fact, going by recent trends it’s clear that crypto has some very serious vulnerabilities. To start with, unlike gold and silver coins and bullion, the crypto coin market is highly volatile. These rare and sudden new millionaires stand on the shoulders of millions of investors who have lost and continue to lose mountains of money and all in the blink of an eye.

As an example, this past winter rattled the fledgling industry. According to Coinmarketcap, more than 200 billion dollars of crypto value was lost in a single 24-hour period and more than a trillion dollars has been lost in the aggregate crypto market so far. Hello, day job.

As well, weekly reports now surface telling of crypto thieves who hack into the market and make off with millions of dollars’ worth of crypto coins bringing attention to the popular phrase, “not your keys, not your coins”. And with the looming threat of new government regulations, it just may be that the crypto market has already sailed. Who can say but what’s clear here is that investing in crypto coins can be lucrative for the very lucky but messy for most.

However, as it comes to collecting or investing in actual silver and gold coins and bullion, it’s less about being lucky and more about exercising a bit of patience. As well, the tell-tale signs are a little easier to spot. As an example, most investors know that gold and silver coins and bullion rise in value when the dollar falters or the economy signals a coming downtrend (hint, hint!).

To the point, cryptocurrency has not proven itself well against a bear market and while investing in more mature and traditional markets like precious metal coins and bullion might not have the potential to offer such flashy, near impossible returns there is an upside – such as 500% growth for gold this millenium for a cherry-picked date range to prove a point. Trends easily suggest that actual traditional coin, and general bullion investments are far less volatile and much more agreeable as it comes to properly building a decent investment portfolio.

As well, if for any reason whatsoever we lose ‘the cloud’, even if for a few days, the electronic coin is lost to the ether, whereas a failing scenario like this would likely cause gold and silver coins and bullion values to launch and sustain. While incredibly improbable, an event like this could disrupt the globally distributed ledger for cryptocurrency and we’d wager tangible investments such as gold and silver, as well as the aforementioned platinum and palladium, will literally and figuratively carry more weight in a situation where electrical grid reliability comes into question.

In other words, it’s easy to appreciate the new and flashy but the tried-and-true world of traditional gold and silver coin and bullion investing has proven itself for thousands of years. And the potential for growth in the coins and bullion market is on the verge of reaching newer, more fertile ground, which we think should be considered as you weigh the benefits of traditional coin investing versus cryptocurrency.

So, who do you like? The tortoise or the hare? Sure, the hare has some flash and a few fancy moves but in the end the tortoise is just as able to prove its worth with a more reliable and authoritative stride.