Beyond Silver and Gold: Platinum and Palladium as Investments

The Platinum Group of Precious Metals

As an alternative to investing in gold and silver coins or bullion, the platinum group of precious metals stands out as a solid choice. The platinum group consists of platinum, palladium and rhodium, each a worthy option as it comes to strengthening or expanding your portfolio.

Platinum looks especially ripe as demand for this precious metal is and will always be on the rise. Platinum is a chief ingredient used in the construction of catalytic converters which help to keep emissions in check and this is becoming a concern as emerging markets and governments are reporting explosive growth in the automotive manufacturing industry. By this glance alone, it’s easy to see why now is a good time to invest in the platinum group.

Platinum and Palladium as Investments vs. Inflation

It’s clear that some economic slide is afoot as there are obvious economic uncertainties ahead. Inflation is not only a given but already taking a foothold in the current economy. Therefore, many have their eye on gold and silver as a hedge against inflation. But these aren’t the only precious metals that stand up well in difficult economic times.

According to smartasset.com, platinum and gold tend to work in tandem, moving in the same direction. That is to say, they typically stand counter to the dollar, clearly on the rise when the dollar has a bad day or inflation is afoot. And with continued demand for platinum in both the automotive industry and even the medical field (platinum is used in pacemakers, for example), the importance and, thereby, value of this precious metal might create concerns about supply. So, again, it’s easy to see why it’s a good time to buy into the platinum group of precious metals.

Palladium as a Precious Metal

And in that group we also find platinum’s congener palladium which is also consumed in the construction of the catalytic converter. As well, palladium is used in electronics, dentistry, medicine, hydrogen purification and groundwater treatment. Palladium is also used in fuel cells to mix hydrogen and oxygen in order to produce much needed electricity, heat and water. Clearly, this precious metal is also well-positioned for a strong, bright future. 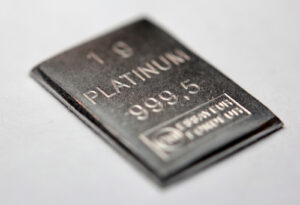 How to Buy Platinum and Palladium

Traditionally, platinum and palladium can be purchased as collectible coins and bullion.  Some quick research and you will see just how easy it is to buy into this platinum group. Available coins include the American Palladium Eagle as well as the Chinese Panda and the Canadian Palladium Maple Leaf. These coins can be found online or at your nearest dealer who specializes in precious metals and collectibles. It’s simply a matter of opening the door of opportunity and making the buy.

In Summary: Gold and Silver vs Platinum and Palladium as Investments

Gold and silver are clearly a popular investment, especially in trying economic times. However, the platinum group of precious metals, which include platinum and palladium, really stands out as a solid potential as it comes to diversifying your portfolio.

If your want is for long-term stability then gold coins and bullion might be your safest bet, especially before the prospect of inflation. However, the platinum group also holds well, in good times and bad, and continues to grow in popularity

as it comes to controlling emissions in an increasingly climate-conscious world. So, take some time to get to know these precious metals. The true potential for investing in these coins and bullion just might surprise you.